Froedtert & MCW Comprehensive Epilepsy Program was the first program offering the treatment in the area.

The NeuroPace® RNS System is an implanted device that delivers responsive neurostimulation to monitor, detect and respond to abnormal electrical activity by delivering imperceptible electrical stimulation before a seizure.

The treatment is available for patients over the age of 18 who average three or more disabling seizures per month over the three most recent months (with no fewer than two seizures in a month).

The device consists of the RNS neurostimulator and one or two tiny wires containing electrodes. The neurostimulator is placed within the skull by a neurosurgeon and connected to the wires. The wires, or leads, are placed in the area of the seizure focus. The procedure takes two to five hours.

Physicians use a NeuroPace Programmer and NeuroPace Remote Monitor to communicate with the neurostimulator and customize therapy for each individual. 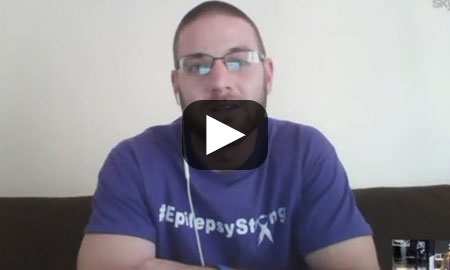 Patients use the remote monitor to transmit recordings of their brain electrical activity over the internet to a database. Physicians then review and analyze the information between office appointments.

Epilepsy and Its Treatment Options