After two years of visiting different neurologists for headaches, Cathy Golden was diagnosed with Moyamoya disease, a rare neurological condition. It wasn't until she met neurosurgeon Raphael Sacho, MD, that she felt hopeful.

Cathy Golden, 44, of Milwaukee, suffered from painful headaches, parts of her face or fingers would go numb, and she would have trouble finding her words.

“The headaches would wake me up in the middle of the night,” Cathy said. “I knew they weren’t migraines, but it felt like no doctor understood me.”

The symptoms progressed quickly, and Cathy had to resign from her position as a student assignment manager in the Milwaukee Public School District. After two years of visiting different neurologists, Cathy was diagnosed with Moyamoya disease, a rare neurological condition. Moyamoya is caused by blocked arteries at the base of the brain. People living with the disease are at an increased risk for strokes, blood clots and seizures.

“With Moyamoya disease, the brain is basically starved of blood,” said Raphael Sacho, MD, a neurosurgeon at Froedtert Hospital. “This condition is rare, so the diagnosis is often missed, and many physicians don’t know enough about Moyamoya or its management.”

Cathy had been told medical management of her symptoms was her only option. It wasn’t until Cathy met with Dr. Sacho that she became hopeful. 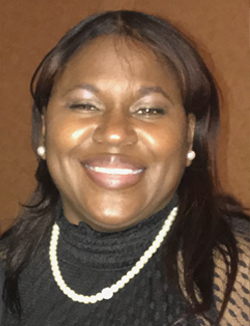 Cathy Golden sought care at Froedtert Hospital after being diagnosed with Moyamoya disease.

“It was such a relief when Dr. Sacho said that he could fix me,” Cathy said. “I was overjoyed.”

Dr. Sacho performed a procedure called a brain bypass on the left and right sides of Cathy’s brain. A bypass uses arteries from the scalp to reroute blood flow around the areas that are blocked. The surgeon can perform a direct or indirect bypass — or a combination of both, which is what Dr. Sacho typically performs.

Dr. Sacho describes a brain bypass with this analogy: “Think of a tree. It has a trunk which produces branches. Moyamoya is a blockage in the trunk. In a bypass, we take a healthy root from below the trunk and connect it to the branches and leaves, directly or indirectly.”

Since her surgeries, Cathy has been able to return to work. She has regained her energy, and her headaches are gone.

She is grateful to have found Dr. Sacho and the rest of her care team at Froedtert Hospital when she did.

“They listened to me when I felt like no one else would,” Cathy said. “I trusted them, they took care of me, and they gave me my life back.”

Do you have knowledge and expertise in treating people with Complex Regional Pain Syndrome?

Hi Eileen - We do have providers with experience in treating Complex Regional Pain Syndrome, specifically Dr. Sarah Endrizzi, Dr. Gwynne Kirchen and Dr. Stacy Peterson. You can request an appointment with one of them here: https://www.froedtert.com/appointment

Juanita and I don't think it is

Just remarkable! Dr. Sacho is brilliant for evaluating the situation and doing the needed research to give this patient her life back. Congratulations.

Do you recognize Mal de Debarquement syndrome and treat any patients with the disease?

Hi Carol,
We are familiar with this syndrome and have experience in treating it. If you would like to explore treatment options with us, we encourage you to make an appointment with one of our Ear, Nose and Throat specialists – Dr. David Friedland, Dr. Steven Harvey or Dr. Michael Harris - by calling 800-272-3666. Thank you for reaching out to us.