Is This My Life Now?

Nov. 5, 2014, was the day I first drove up to Froedtert Hospital. It was a typical cloudy fall day. I had been told less than a week before that the mass in my thigh was consistent with liposarcoma. Sarcoma — a new word for me, but one I instinctively knew meant cancer. 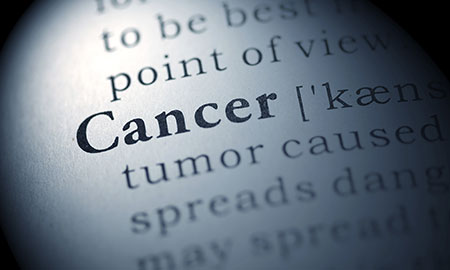 My appointment was not actually in the Cancer Center, but my eyes were drawn to the left — to those big, huge, gigantic words: Cancer Center. Is this my life now? This can’t be my life now. No, it isn’t me. I’m not going to need to go into that building. Ever. No.

For a few days after I first heard the word liposarcoma (Oct. 29, 2014), I kept hanging onto the thought that “consistent with” did not mean “is.” I spent a lot of time thinking of every single reason that it was not cancer, even while I was making the appointments needed to confirm that it was.

I’d had to leave work to go to my primary care doctor’s office so they could give me the news. I didn’t even have an appointment — they just said, “Come in when you can this morning. She’ll see you.” When I got back to work, still telling myself it wasn’t cancer, a coworker subtly asked, “Did they use the c-word?” She knew, while I still did not, that if a doctor asks you to come in without a set appointment, they are not just being nice.

My co-worker’s question actually made me feel calmer. Someone real, someone who was not a medical professional, someone who was my friend, was using this word in connection with me. She had been through it via a family member, one I’d just met recently, one who was full of life and health and vibrancy. That simple, quiet question planted a seed, not yet a fully formed thought, but the feeling that even if it was the c-word, things might still be okay.

In my previous 45 years, I had been pretty healthy. Other than a handful of minor issues (except blood poisoning in the 3rd grade, that wasn’t minor), I had only needed to visit the doctor for routine checkups. I never had to worry about preapproval for insurance, about meeting my deductible, about juggling appointments and work schedules, about filling out paperwork for FMLA, paid or non-paid leave … I never had to worry about not being healthy.

Is this my life now? I still cannot describe that feeling in my gut, in my mind. It was not a sinking feeling, not nausea, not cold and clammy … it was just a feeling deep inside, weird and uncomfortable, swirly and unclear. One that I’d felt at various times throughout my life whenever I’d thought seriously about cancer, which was not very often.

Cancer Center: Big words on a big building, a foreigner in my life until now. A building I didn’t even need to enter this day because I had not been officially diagnosed yet. There was still a chance I wouldn’t need it, right? Yes, this IS my life from now on. But, it is life, and I have not felt that weird, uncomfortable, swirly feeling since that day.

How would you describe your reaction to your cancer diagnosis? Did you hold out hope that it wasn't cancer? Share your comments below.

Amy Koch grew up in southeastern Wisconsin and, after a fair amount of traveling, living and working in other places in the United States and abroad, she has been living in Milwaukee since 2005. She has a B.A. in international studies, an M.S. in curriculum and instruction and various teaching licenses. She speaks fluent Spanish and functional Japanese. After working as a bilingual elementary school teacher in Milwaukee for eight years, she is now an instructional coach specializing in reading instruction. A lump in her left thigh in late summer/early fall of 2014 turned out to not be a "nerve or muscle problem" that just needed time and rest. She was diagnosed with liposarcoma in October 2014 and started chemotherapy in November. After chemo, neutropenia, radiation, surgery, more tumors and subsequent treatments, she thinks she is cancer free as of November 2015.

Thank you, Kristen and Peg. Writing this blog is cathartic for me. I wasn't ready to put the words out in any form before this. Thank you for your encouragement. Peg, I will put that idea on my list of ideas :) Talking with other cancer patients, I know there are some common ones but there are also ones personal to me that others might be okay with. Stay tuned ... (patiently tuned) ...

Amy, this is powerful stuff. You have taken all of us on this journey with you and for that, we are grateful. Please continue to share your thoughts and emotions (all of them) as we travel with you.
PS - Blog Idea: Sometimes I just don't know what to say in situations. Could you share some insight (albeit personal) on what buoyed your spirits and what did not? Give examples of things that people said that helped, and words that did not. I know I would appreciate it.

Wow, Amy. Well written and really captured your emotions. Thanks for sharing girl!

Coping With Grief During Special Occasions