People Are Often More Than They Appear

I was standing in line for a flu shot at my local health department with a long line of men and women who probably tipped the scales at a median age of 75. I was 45 and had the distinction of being the youngest in line. 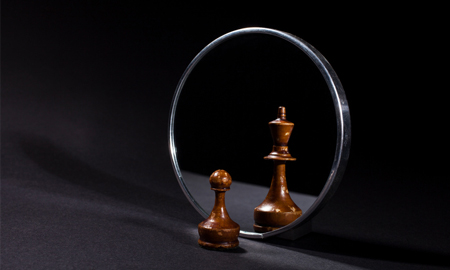 That year, there was a shortage of flu vaccine. A call had gone out to the media informing the public that shots would be reserved for the old and those who were exceptionally ill. I was standing in line, five years post-cancer, for one reason only. My heart had taken a beating from radiation and was wreaking havoc with my body. I had trouble breathing. My heart rate often exceeded 120 bpm. Walking was difficult. Walking upstairs was nearly impossible. After pushing back for months, I had finally (and mournfully) put handicapped stickers on my car. I needed surgery to remove the lining of my heart. But I hadn’t quite gotten my head wrapped around that yet.

The problem was this, I didn’t look sick. In fact, I pretty much looked like an average, healthy 45-year-old woman.

When I got to the front of the line, the nurse expressed her disapproval quickly and loudly. When I told her I was a cancer survivor, she asked if I was currently in treatment. Since I wasn’t, she adamantly tried to push me out of line claiming they were giving vaccinations only to people who really needed them. So, now on top of everything else, I had to explain — with everyone listening — why I desperately needed that vaccine shot. Doctor’s orders.

Some people who go through cancer treatment or surgery look sick. Others do not. As we have all learned repeatedly in our lifetimes, sometimes you draw poor conclusions based on what your eyes tell you. People are often more than they appear.

How did you cancer symptoms and treatment affect your appearance? Did you have ever have to explain that, despite outward appearances, you were actually very sick? Share your comments below.

Sue Northey is a lifelong Milwaukeean who ventured a whopping 50 miles away to attend the University of Wisconsin-Whitewater, where she earned bachelor's and master's degrees. She loves her home state of Wisconsin, but also loves traveling and learning about different cultures. Sue has spent over 25 years in the field of marketing, working on the client, agency and academic sides of branding and communications. Recently, she leveraged all her knowledge to create Branding Breakthroughs, LLC, a marketing consulting company. Sue was diagnosed with Hodgkin's lymphoma in 1999 and underwent both chemotherapy and radiation. Nine years later, she underwent a pericardiectomy to remove the lining of her heart due to damage caused during treatment. If you haven't figured this out yet, Sue embraces every aspect of life ... even more so since having cancer.

I'm so sorry you had to go through that Sue! Talk about adding insult to injury!
I remember a time when I was in the midst of my treatment when someone told me how "lucky" I was that I was so thin. She was jealous. In shock, I replied "Yeah, well cancer can do that to you. Wanna trade?"