Playing a Role in Research 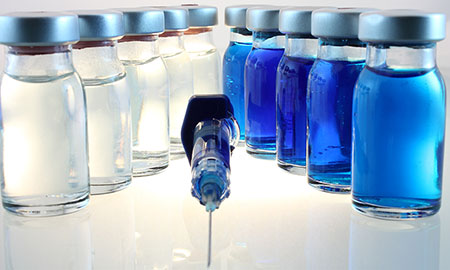 I was presented with an opportunity to participate in a clinical trial for the treatment of Hodgkin's disease. Being a marketing researcher, I found it impossible to say no to research that might have a potentially profound effect on the lives of future cancer patients.

Approximately 20 to 30 years ago, Hodgkin's was viewed by many as a death sentence. Today, 85 to 90 percent of Hodgkin's patients enjoy relapse-free survival after undergoing treatment. In my viewpoint, these cure rates were only made possible by the patients that participated in clinical trials before me. So, I felt committed to making my own contributions for those Hodgkin's patients that would follow me.

The clinical trial I was part of was designed to assess the quality of life and to determine the relapse-free survival rates associated with two different treatment plans: six months of chemotherapy versus two months of chemotherapy followed by 40 radiation treatments. Once qualified for the study, the patient and physician lose the right to choose the treatment protocol, relying instead on the computer to randomly select which plan the patient will follow.

Given the choice, my husband and I would have chosen six months of chemotherapy ... not because it sounded easier, but actually just because of the opposite. We thought it would be the more rigorous of the two treatment protocols. In our minds, a more difficult treatment plan would lead to a better cure rate.

So, you can imagine my concern when I was chosen for the chemotherapy + radiation arm. To be honest, I went into my treatment thinking I had been selected for the easier, and potentially less effective, treatment protocol. But, as it turned out, I was wrong on both counts.

The clinical trial was already into its seventh year when I signed up. About halfway through treatment, preliminary results of the study were published and I was given the great news ... the chemotherapy + radiation arm of the treatment was resulting in 90 percent relapse-free survival five years post-treatment versus 85 percent for chemotherapy alone. The bimodal treatment plan was firing two different types of guns at the same cancer. It appeared that if one treatment didn't quite do the trick, the other did.

I had the answer to my prayers — the best decision had, in fact, been made for me.

Often, clinical trials are not available for you to participate in. There may not be any trials underway for your particular type of cancer, or you may have extenuating health conditions that preclude you from participating in a study. But, if you do indeed qualify for a trial, I'd suggest you seriously consider leaving your fingerprint on science. It's important to recognize that doctors will not knowingly put you at risk with these trials — they are working to improve treatment protocols, cures and side effects. You, and other patients, stand to benefit from this research. So, in the long run, it's a great investment.

Have you participated in cancer research programs? What was that like, and how did you feel about both the process and the results? Share your comments below.

Sue Northey is a lifelong Milwaukeean who ventured a whopping 50 miles away to attend the University of Wisconsin-Whitewater, where she earned bachelor's and master's degrees. She loves her home state of Wisconsin, but also loves traveling and learning about different cultures. Sue has spent over 25 years in the field of marketing, working on the client, agency and academic sides of branding and communications. Recently, she leveraged all her knowledge to create Branding Breakthroughs, LLC, a marketing consulting company. Sue was diagnosed with Hodgkin's lymphoma in 1999 and underwent both chemotherapy and radiation. Nine years later, she underwent a pericardiectomy to remove the lining of her heart due to damage caused during treatment. If you haven't figured this out yet, Sue embraces every aspect of life ... even more so since having cancer.