As part of a WTMJ Cares initiative spearheaded by 620 WTMJ radio host Jeff Wagner, Wagner is interviewing Froedtert & MCW cancer patients, doctors, nurses, researchers and others about their personal experiences and the latest on cancer treatment and research. Listen to the interviews below.

WTMJ has also established a voicemail “Hope Hotline” (414-964-5715) where listeners can leave a brief message about their own experiences with cancer, such as how it affected their family, or to share a memory about a loved one. They can even give a shout-out to a favorite cancer doctor. WTMJ will share these messages on-air with listeners. 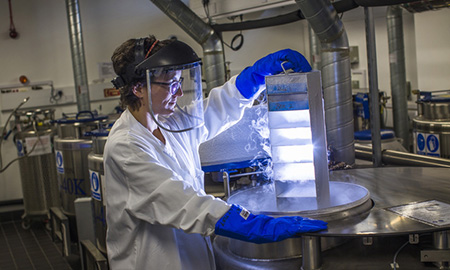 WTMJ Cares: Cancer Rates Growing, but so Are Advancements

Jeff Wagner's WTMJ "Week of Hope" broadcast outlines the need to be aware of how to battle cancer yourself, and what's in store for your family and friends as well. Listen to his interview with James Thomas, MD, PhD. Dr. Thomas, who served Jeff's wife in her battle with the disease, discusses the medical advances being made in the fight against cancer. 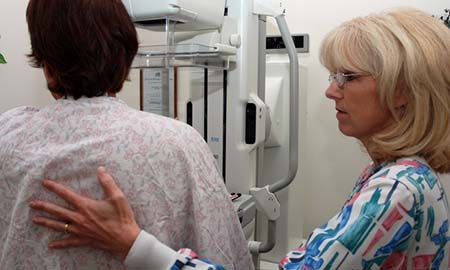 For the past three weeks, Jeff Wagner has been leading the WTMJ Cares effort to raise cancer awareness and encourage people to get early testing and screenings done. Listed to a culmination of calls from the Hope Hotline. 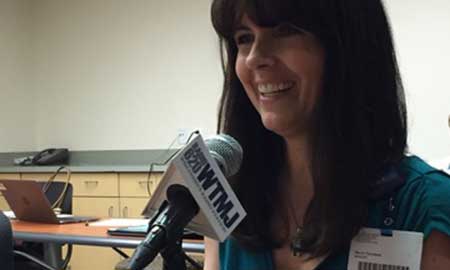 WTMJ Cares: A Story of Survival

As a mother of two, Maria Voermans lived a pretty normal, active lifestyle. But, in 2008 all that changed. She was diagnosed with a cancer so rare, her doctors referred to it as the “Maria Cancer.” Now, Maria is the friendly face behind the counter of the Small Stones Wellness Center, regularly assisting patients, helping them to look and feel better as they face their own life-altering illness or disease. Listen to her story. 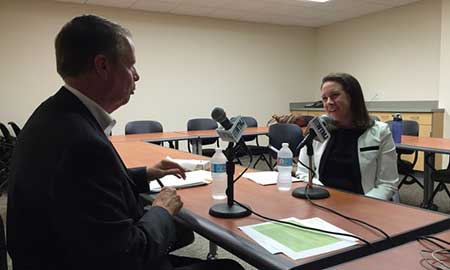 Dr. Sarah Deitch understands how challenging and emotional a mammogram can be for a woman. In this interview, she explains the importance of screening mammography as well as her thought son the psychological impact of discovering cancer. 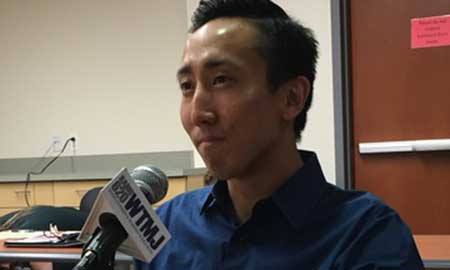 WTMJ Cares: There are Positive Outcomes

Dr. John Miura just completed the fifth year of his surgical residency at Froedtert & the Medical College of Wisconsin. His colleagues say, “He truly exemplifies what a teaching hospital and academic medical center means -- teaching students and residents to become great doctors.” Like so many, he too has a personal perspective on cancer. 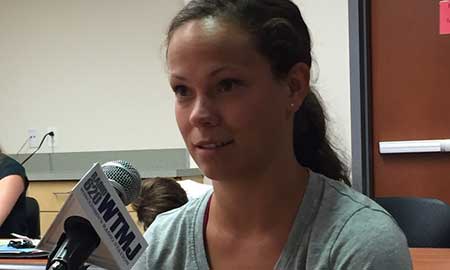 'Someone I Love Has Cancer'

When Mindy Bartczak was three years old, she lost her mom to cancer. Before her mom died, she wrote a powerful book called "Someone I Love Has Cancer" to teach her three kids her illness. When Mindy grew up, she attended nursing school to was performing clinicals at Froedtert Hospital when she encountered a patient with cancer. That patient explained how hard it was explain her disease in a way her grandkids could understand but how she discovered a book called "Someone I Love Has Cancer" - the very book Mindy's mom wrote. 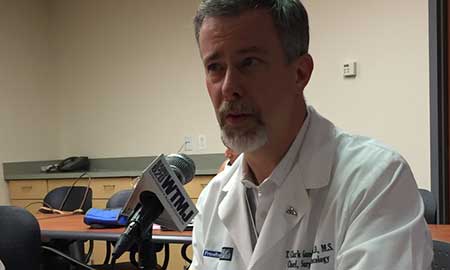 T. Clark Gamblin, MD, MS, MBA, is an internationally known hepatobiliary surgeon whose clinical and research interests focus on primary and metastatic tumors of the liver. He shares a little bit about his approach and philosophy. "We've got to recognize that (people) are not alone," said Dr. Gamblin to WTMJ's Jeff Wagner.

Tom Tolan is the Together, We Are Strong cancer blog moderator. Tom was born in Washington, D.C., but grew up in Milwaukee, graduating from Marquette University High School, and later Amherst College in Massachusetts. He has a master’s degree in journalism from the University of California, Berkeley.