My purpose is to give peace and comfort to individuals and their families on what the Bible has to say about death. 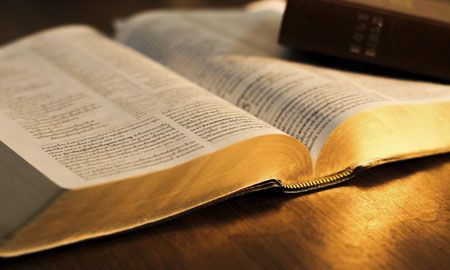 Lying in the hospital bed with my family by my side, I was told by the doctors I had some problems in the stomach and liver that needed immediate attention and needed to be treated at a regional hospital. It turned out to be cancer in the stomach, liver, pancreas and lung. I was blessed with a great medical team that saved my life. During that time, though, I realized my physical life was probably not going to be the same and yes, a physical death was probable at that time.

Being a Christian and having an understanding of physical and spiritual death, it put this life into perspective for me. Death seems to be a subject that makes a lot of people feel uncomfortable even talking about it, due to the unknown, but let’s look at what the Bible says.

"Therefore, just as through one man sin entered into the world, and death through sin, and so death spread to all men, because all sinned." (Romans 5:12) Physical death is the result of sin; from the moment of conception the physical death starts it role. For some it is minutes in the womb and for some over a hundred years. The oldest man in the Bible is Methuselah at 969 years. (Genesis 5:27) "And do not fear those who kill the body but cannot kill the soul. But rather fear him who is able to destroy both soul and body in hell." (Matthew 10:28) "For the wages of sin is death, but the gift of God is eternal life in Christ Jesus our Lord." (Romans 6:23)

This is a reference to both the physical death and spiritual life: "Then he said to Jesus, ‘Lord, remember me when you come into your kingdom.’ And Jesus said to him, ‘Assuredly, I say to you, today you will be with me in Paradise.’" (Luke 23:43) Physical death to eternal spiritual life: Spiritual life was given to the thief on the cross with the thief believing Jesus would conquer death and our Lord assuring him that TODAY he would be in Paradise.

The fact is that the Bible is very clear in teaching that there are two types of death: 1. physical death, and 2. spiritual death (or spiritual life). There are many more references in the Bible regarding the topic of death, sin and spiritual life. Talk to your clergy and/or get into a Bible study that will give you an understanding on reading the Bible.

What approach have you taken to cope with your diagnosis emotionally? Has your faith played a role? Share your comments below.

Jack Henning was born and raised in Milwaukee. Like many youths in the 1960s, he had a paper route and worked part-time while in high school. He has worked in sales for Sears, Bear Automotive and Prudential Insurance Co., and worked with the Milwaukee County Transit System in the distribution of parts. He is currently self-employed and does commercial locksmithing and small engine repair. He has been married for 33 years and has two sons. He had been in good to excellent health until the summer of 2014 when he was diagnosed with stomach cancer that involved other organs. He is working on getting his health and lifestyle back to where it was.